KTV-55-2 is a double-sided version of the tram KTV-55. It was based on the Riga’s popular MTV model. Due to its relief Kiev had many routes with deadlocks, so double-sided trams were a necessity.
In the early sixties they served all the deadlock routes that were in the city. After the upgrade of street tram network in 1968, the production of KTV-55-2 was stopped. 81 double-sided trams were produced for Kiev during fourteen years. KTV-55-2 was the last passenger motor tram manufactured in the capital of Ukraine. 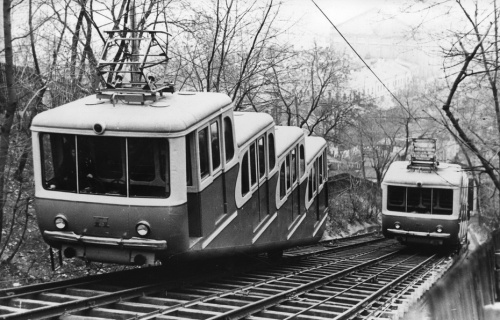 Kiev funicular is a funicular system from Podil to the Upper Town in Kiev (Ukraine). It was opened on 7 May 1905. It became second funicular in the former Russian Empire (first one was in Odessa). Nowadays Kiev funicular is one of the famous sights of Kiev. One direction ride lasts for 2.5-3 minutes. It transports 10 to 15 thousand passengers daily.

Circulation unit: 130 000 examples of each stamp 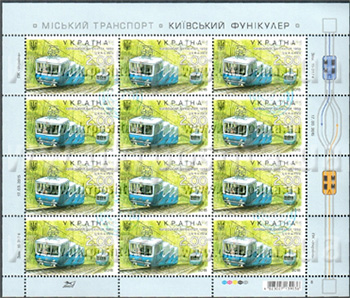 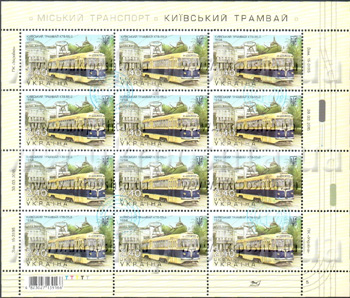 Two maxicards were published as well.