Russia. Heroes of World War I 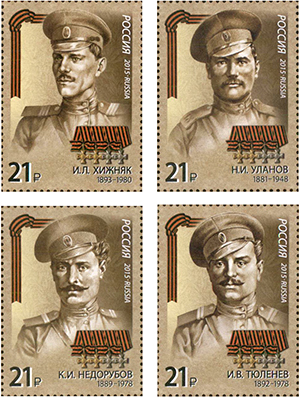 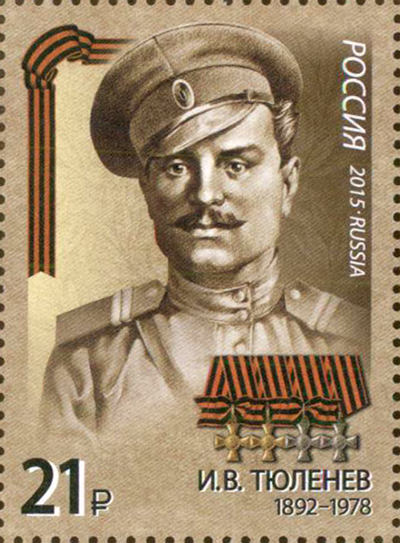 Ivan Tyulenev (1892 - 1978) was a Soviet military commander, General of Army, awarded with Georgievsky Crosses of the 1st, 2nd, 3rd and 4th degree. He was honored as a Hero of the Soviet Union. In the beginning of the First World War his brigade was sent to the front in Poland. During the war, Ivan Tyulenev demonstrated his courage many times and was awarded with the Georgievsky Crosses four times. During the Second World War he was a commander of the Southern Front. He was the head of the defensive operation in Moldova. 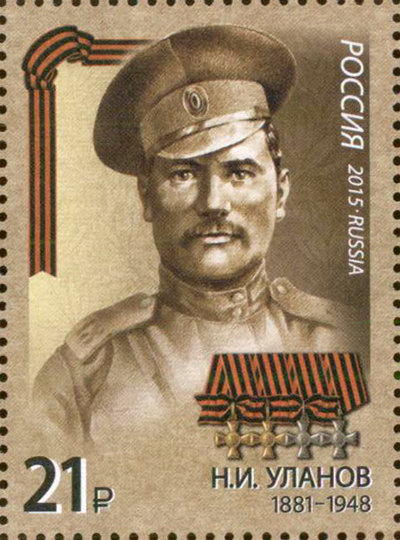 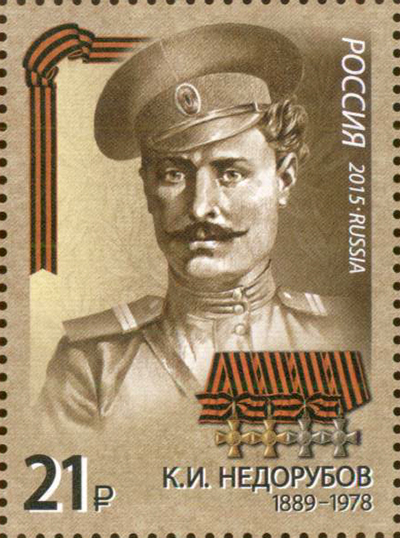 Konstantin Nedorubov (1889 - 1978) is a Hero of the Soviet Union, commander of squadron, captain, Cossack, awarded with Georgievsky Crosses of all degrees. He participated in the First World War, served in the South-Western and Romanian fronts. In addition to the four crosses, Nedorubov was also awarded with two Georgievsky medals for bravery. On October 26, 1943 he was honored with the title of the Hero of the Soviet Union. 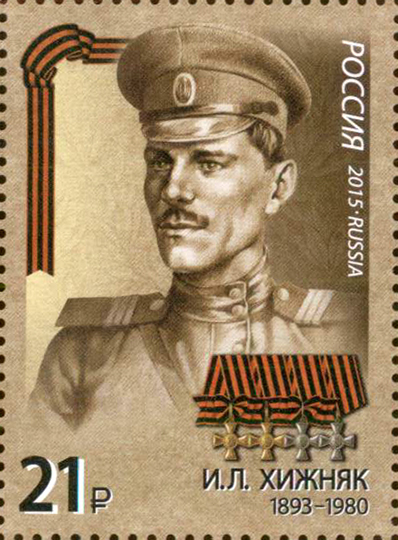 Ivan Khizhnyak (1893-1980) was Russian and Soviet military commander, General-Lieutenant; he participated in the First World War, the Civil War and the Second World War. He was awarded with Georgievsky crosses of all degrees. He also participated actively in the February revolution. 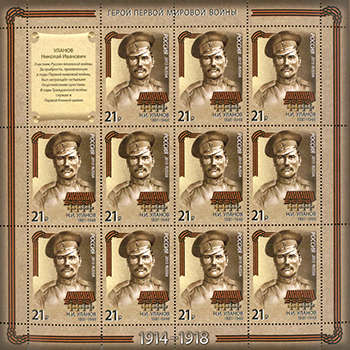 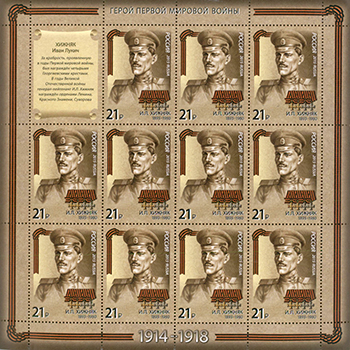 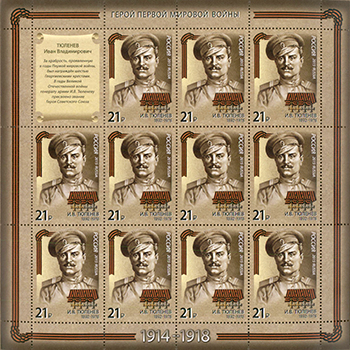 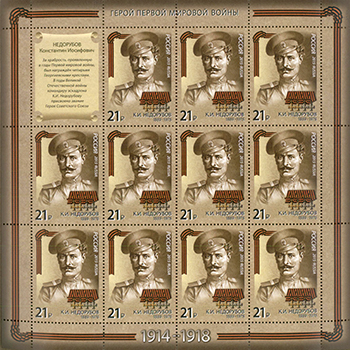 First Day Cover was in Moscow and St. Petersburg on August 3, 2015