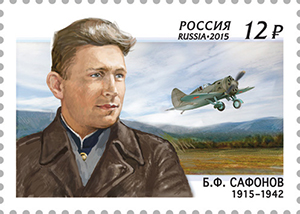 On August 26, 2015 Post of Russia will issue a stamp dedicated to the 100th anniversary of birth of the fighter pilot Boris Safonov who was named a Hero of the Soviet Union twice. The stamp illustrates a portrait of the pilot with the aircraft I-16 on the background, flying which he made 109 sorties and shot down 17 enemy aircrafts. 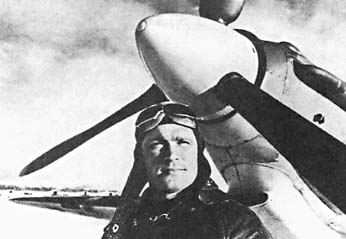 Boris F. Safonov (1915-1942) was a Soviet pilot, a hero of the Great Patriotic War. He was she first Soviet soldier who was named a Hero of the Soviet Union twice during World War II. He was the best fighter pilot in 1941-1942. During the war he made 234 sorties altogether, shot down 20 enemy planes by himself and 5 as a part of the battle group. On March 1942 four pilots from Severomorsk (one of them - B. Safonov) were awarded by Lieutenant-General Makforlan, the head of the British mission with the highest medal of British Aviation - The Cross "For outstanding flight achievements". On 30th of May, 1942 Boris Safonov died in the air battle. 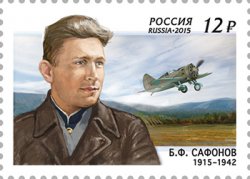 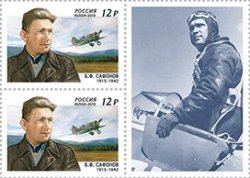 Russia. 100th anniversary of the twice Hero of the Soviet Union, fighter pilot Boris Safonov. Strip of 2 stamps with coupon 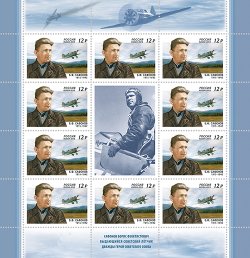 Russia. 100th anniversary of the twice Hero of the Soviet Union, fighter pilot Boris Safonov. Sheetlet of 10 stamps with coupon