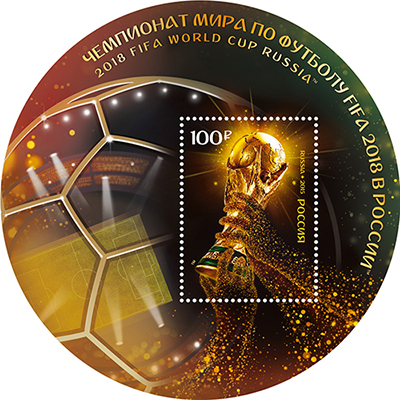 On September 18, 2015 Post of Russia issued a souvenir sheet of original round shape with a stamp dedicated to FIFA World Cup which will take place in Russia in 2018. The stamp illustrates the World Cup, the main prize of the tournament. This is the first issue of domestic stamps, dedicated to the tournament. First Day Cover was held on the day of the launch of countdown - a thousand days before the start of the 2018 World Cup. 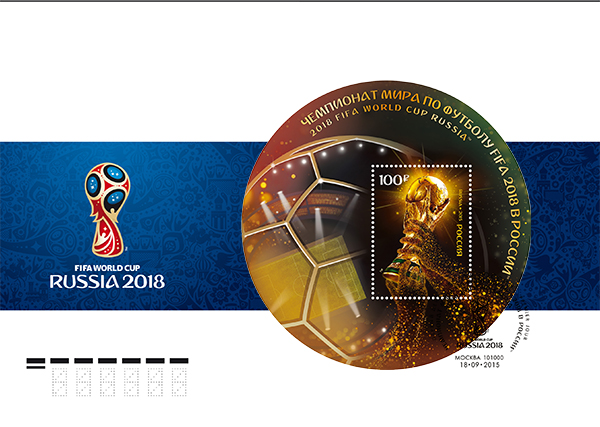 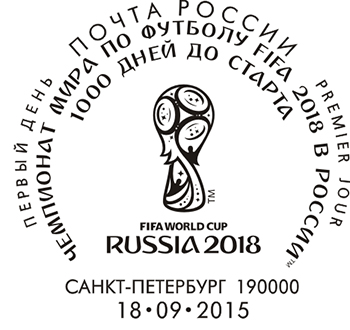 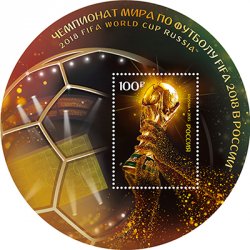