Russia. The 2000th anniversary of Derbent. 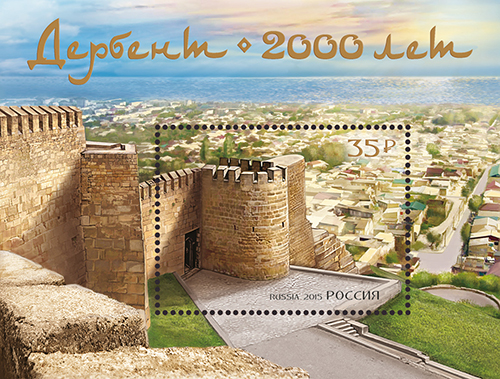 On October 2, 2015 Post of Russia issued a souvenir sheet of one stamp dedicated to the 2000th anniversary of the city of Derbent. Souvenir sheet illustrates a fragment of the citadel "Naryn-Kala" and the view of the city.

Derbent ("locked gate", "wall", "made of stone") is an outstanding historical and cultural monument of architecture, most ancient Russian city, which is located between the Caspian Sea and the foothills of the Caucasus. The first settlement was formed in the middle of the second decade of the I century AD. In the Middle Ages one of the most important sections of the Great Silk Road from Asia to Europe was there. In 2003, the citadel "Naryn-Kala", the ancient city and fortifications of Derbent were included in the World Heritage List of UNESCO.

Additionally, Post of Russia issued a booklet with the souvenir sheet and first day cover inside. 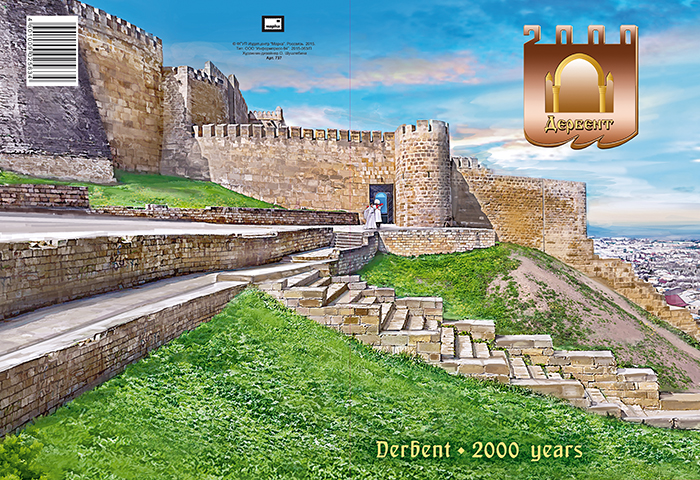 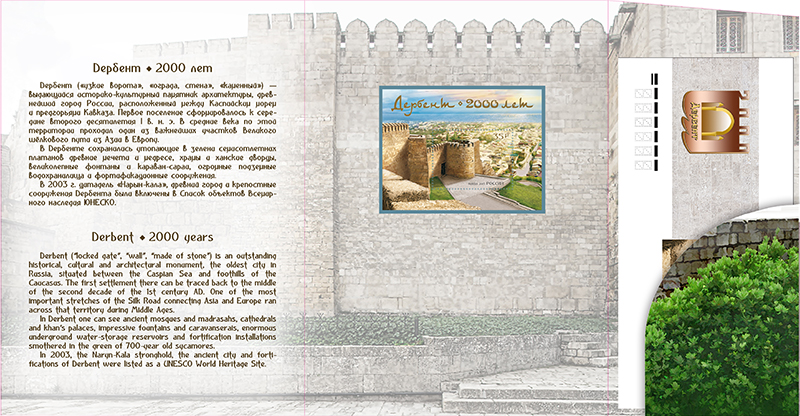 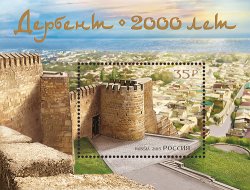