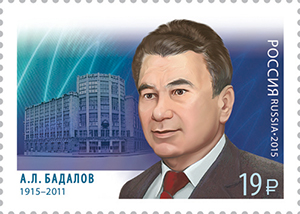 On November 10, 2015 Post of Russia issued a stamp dedicated to the 100th anniversary of Ashot Badalov, the honored signalman of Russia. The stamp illustrates a portrait of A. Badalov with the building of the Central Telegraph in Moscow on the background.

Ashot Badalov (1915-2011) - Doctor of Technical Sciences, Academician of the International Academy of Informatization, holder of such titles as "Honorary Telecommunications Worker of the Russian Federation", "Master of Communication", "Honorary Signalman". He dedicated his life to radio communication and broadcasting. During the Great Patriotic War he was the chief of the Stalingrad radio center. He made a significant contribution to the efficient use of the radio spectrum. His work helped to develop modern radio and television broadcasting, cellular mobile communications in Russia. 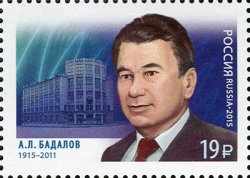 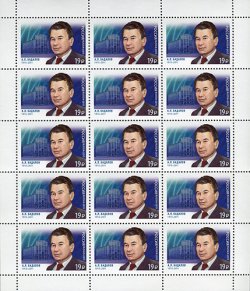