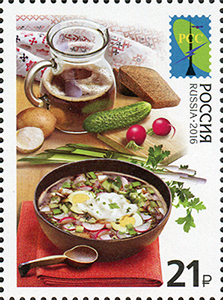 On January 13, 2015 Post of Russia will issue a stamp dedicated to the national cuisine in a joint issue of the RCC countries. The stamp illustrates a still life of Russian cuisine dishes - pickles, okroshka, kvass and vegetables, which are traditional for Russian cuisine.

The world-famous Russian cuisine is well-known for the variety and abundance. Over the history Russian cuisine enriched many recipes for delicious dishes.
Russian cuisine is characterized by the presence of various pickled, salted and soaked vegetables, fruits and mushrooms, a variety of delicacies: sturgeon, salmon, red and black caviar, ham and so on. Russian cuisine has large variety of soups, with the most famous as: okroshka, shchi, borscht, solyanka, kalya, ukha, botvinya. 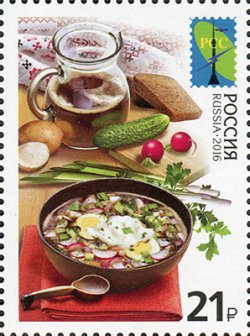 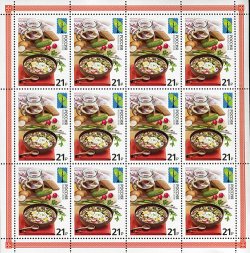 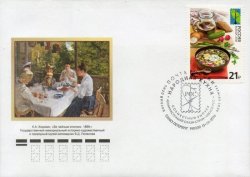 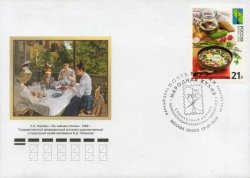 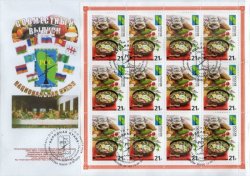 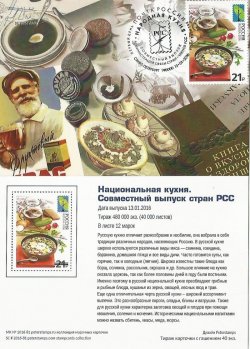 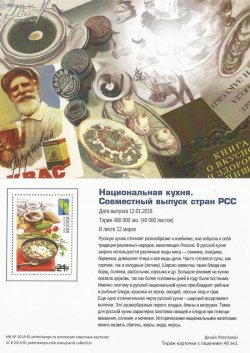