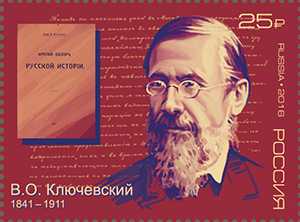 Vasily Klyuchevsky (1841-1911) was born in the family of a village priest. In 1865 he graduated from the historical-philological faculty of Moscow University. On 1867 he started to teach. On 1882 Klyuchevsky became a professor of Russian history at Moscow University; on 1889 - a corresponding member of the St. Petersburg Academy of Sciences; on 1900 he became an Academician of Russian History and Antiquities; on 1908 - Honorary Academician of belles-lettres. "Course of Russian history" in 5 parts is considered to be the most famous scientific work of Klyuchevsky. 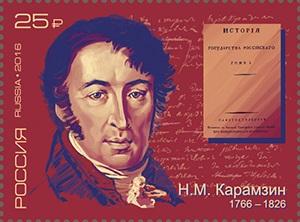 Nikolai Karamzin (1766-1826) was born in Simbirsk province. He was educated at home, then studied in a private school in Moscow; attended lectures at Moscow University. In the mid-1790s Karamzin started to concentrate more on the history issues. He leaves the fiction literature and works mainly on the "History of the Russian State" (Vol. 1-12, 1816-1829), one of the most significant works in Russian historiography. 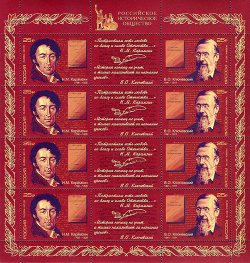 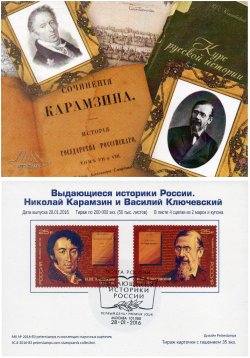 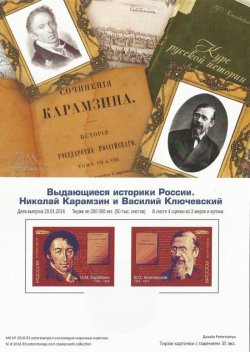 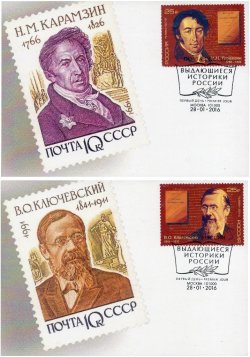 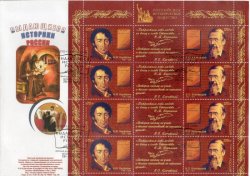