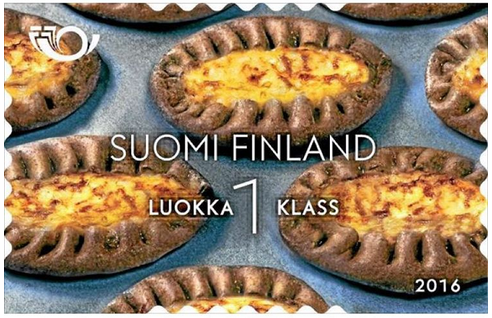 Karelian pasty is a traditional Karelian bake, which is an open rye pastry filled with rice porridge, barley porridge or mashed potatoes. The dish is related to Russian Kalitka, which is widespread in Karelia and partly in Vologda, Leningrad and Arkhangelsk regions.

This dish originally comes from North Karelia. Today it is considered one of the most well-known national dishes of Finland. In Karelian dialects this dish is also referred to the words piirakka, piiras, piiroa, kalitta. In 2003, Karelian pasty was included in the TSG (traditional specialities guaranteed) list of goods of the European Union.

Annual competition of the baking of Karelian pasties is held in Rääkkylä (Finland).

The issue of "Karelian pasties" caused great criticism from the Finns. On the day before the issue the Museum of Post, which is located in Tampere, published an image of the stamp in Facebook. There were a lot of comments and criticism about it. Some Finns claimed that handmade pasties should be illustrated on the stamp, not the industrially produced. Designer of the stamps said that the handmade pasties do not look as good as industrially produced ones. That situation caused a major discussion before the stamp’s issue. People shared their opinions on the radio and few articles were written in main Finnish newspapers, such as: Helsingin Sanomat, Ilta-Sanomat, and others. The Finnish post office together with the newspaper Ilta-Sanomat announced a competition for the best photo of handmade Karelian pasties. The winner will get 10 sheets of postage stamps with their images.

First Day Cover was in Tampere on 22nd of January 2016 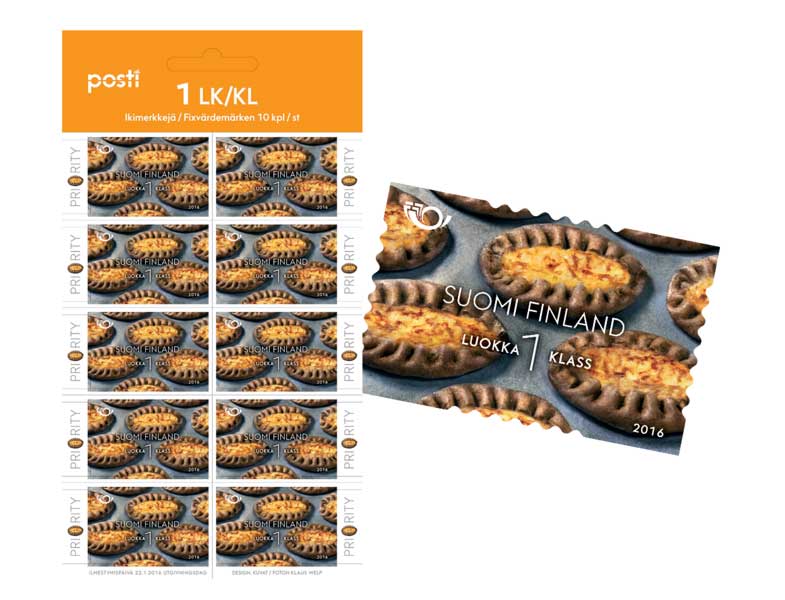 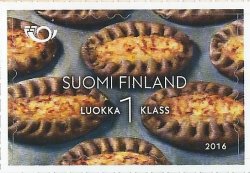 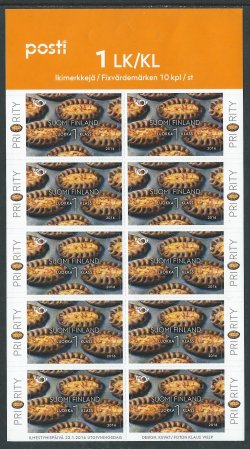 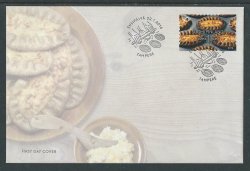